Realizing they would never be able to control Mandalore and wanting to make sure no other faction did, the Empire launched the so-called "Great Purge" against the Mandalorians. Some attempted to fight the Imperial effort, but the purge nevertheless led to the near-total genocide of the Mandalorian people. Some Mandalorians, survived the Purge and fled Mandalore, though they scattered across the galaxy.
Post Reply
226 posts

The group takes off towards the district indicated in Rayne's note. From a distance they are able to scout the perimeter of the building. The warehouse has one main entrance with two large cargo doors near it. In the rear of the building, a small door was found near a corner. On the rooftop, there is a large windowed area. The glass of the rooftop area is covered in various organic minerals and flora blocking sight. If they were to get closer, they might be able to clear some of the debris to see through the windows. There are no other windows on the sides of the building.


Let me know if you didn't understand part of that.
The dark gray is rooftop. The lighter gray/white in middle is a raised glass sunroof (like in TV shows and movies, etc.). 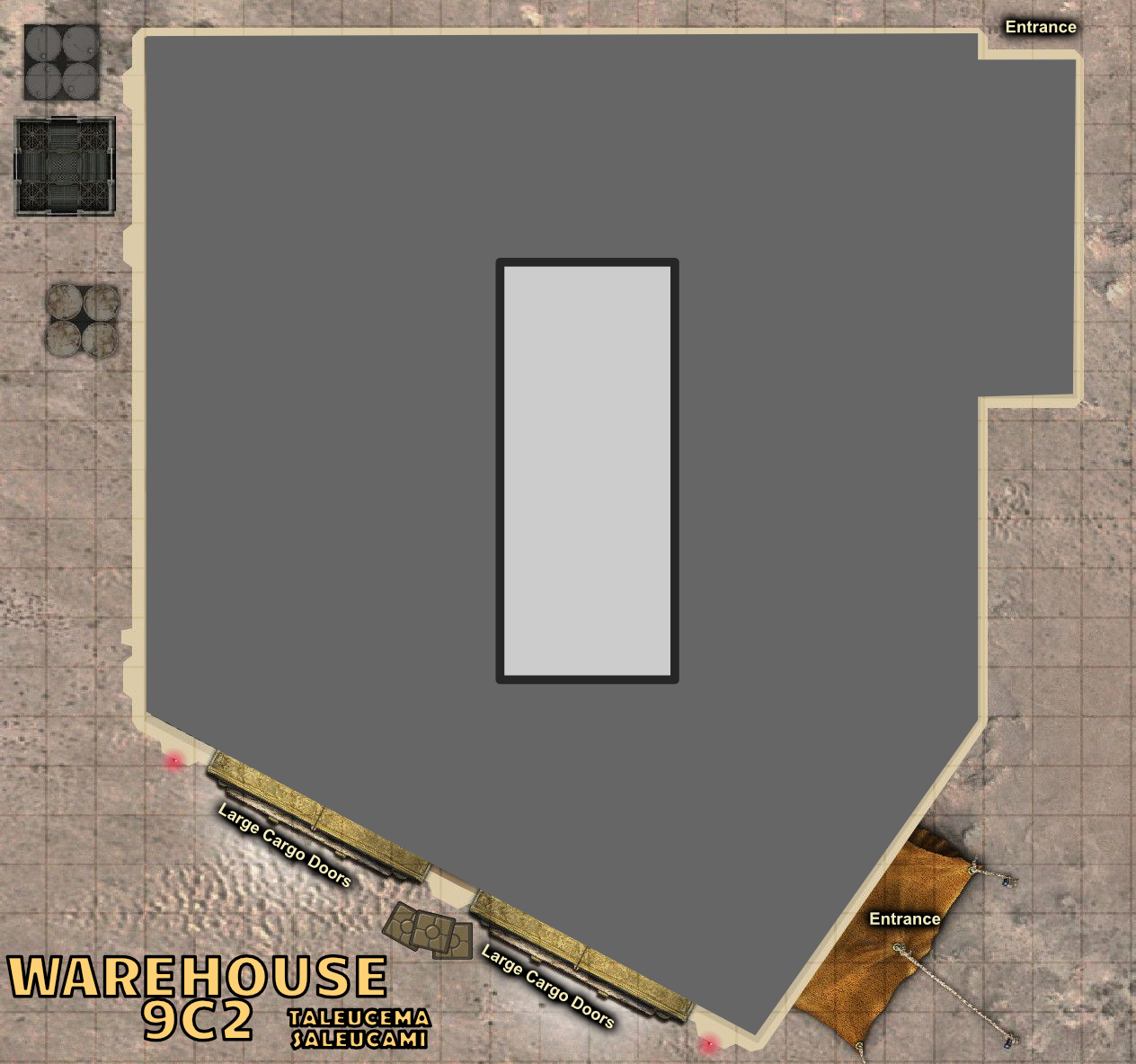 Rayne says, "The rooftop looks like our best bet. The two you would be able to smash through and land using your jetpacks."
Top

Resyr scopes out the place. "There could be some complications," the warrior says. "We don't know if the roof is clear. These people are smugglers and black marketeers. At the sound of jetpacks and blasters, they may run instead of fight. And given that their are visible points of entrance and exit on three sides of the building, someone could run off with your armor. A high price for what might be a dead end. I propose a different plan."

"Step 1, we get our leader on a nearby rooftop where she can scope out the rooftop and provide coverage of the cargo doors and southeast entrance with her blaster rifle. I'll start math the south side and Lorn will cover the northeast entrance."

"Step 2, if practical, I can climb the building, hopefully take out any rooftop guards silently, and get a peek on the inside."

"Step 3, Lorn uses his gift for mechanics to pick the lock on the northeast entrance."

Rayne thinks for a moment, then says, "Yes, that sounds like a good plan."
Top

Rayne moves through the shadows and finds a building with a decent overlook of the nearby warehouse's rooftop. From her view, the rooftop appears void of any guards or other equipment that could cause concerns.
Top

Rayne calls the others on their comms. "The target appears to be clear. Let's proceed with the plan." She takes out her her rifle and begins looking through its scope at the warehouse.
Top

"Understood," Resyr replies on his comm. The Mandolorian swings around to the west side of the building, to see if he can use anything to give him a boost. He proceeds to scale the wall to get to the rooftop as quietly as he can.

I'll let Shurijo decide which combination of athletics/coordination/stealth is required; as a heads up, Resyr has both Stalker and Conditioned.
Top

Hoping that he has the right tools for the job, Lorn quickly comms an affirmative and scopes out the indicated northeastern entrance. If unsuccessful at opening the door, he figures he can jet up to the rooftop and follow Resyr in.
Top

Using her rifle's scope, Rayne scours the warehouse for a view of the interior. Alas, the skylight windows are covered in algae and dirt blocking a clear line of sight from her vantage point.

Meanwhile, Resyr slings his weapon and begins climbing the warehouse to access the rooftop. As he makes his way up, a piece of metal begins to give under his weight, but he quickly shifts his weight to avoid breaking the metal piece.

Lorn makes his way around the warehouse to the back entrance. Using his toolbelt's tools as makeshift lockpicks, he tries to open the door. After a failed attempt, the Mandalorian takes flight using his jetpack and lands atop the roof. However, the noise from the jetpack brought undesired attention from those within the warehouse....

While Lorn and Resyr are out of sight on the rooftop, Rayne spots a figure exiting the building's rear entrance and scanning the area. Not finding anyone there, they individual begins to perform a perimeter sweep around the building. Masked by the shadows of the night, Rayne can confirm the figure is approximate 2 meters tall with silhouettes of armor, knives, and a blaster carbine. Based on the figure's head outline, they appear to be of a reptilian species. She is unable to make out any sounds from her distance, but she believes that person was talking to at least another individual who stood inside the warehouse before they began walking around the warehouse.
Top

Rayne tells the over the comms, "I don't think you've been spotted, but you made enough of a racket that they sent someone outside to check it out. I could try taking them out now, but we might lose the element of surprise if you're not ready to move yet. And our target might not be here yet, since it's not time for the deal."
Top
Post Reply
226 posts

Return to “Star Wars: The Mandalorians”