Long ago, Gol D. Roger, the king of pirates, had everything the world had to offer, and his dying words sent countless souls across the sea!

"You want my treasure? YOU CAN HAVE IT! I left everything in one place, now you just have to find it!"

And thus a new age began, which went on to be known as the Great Pirate Era!! 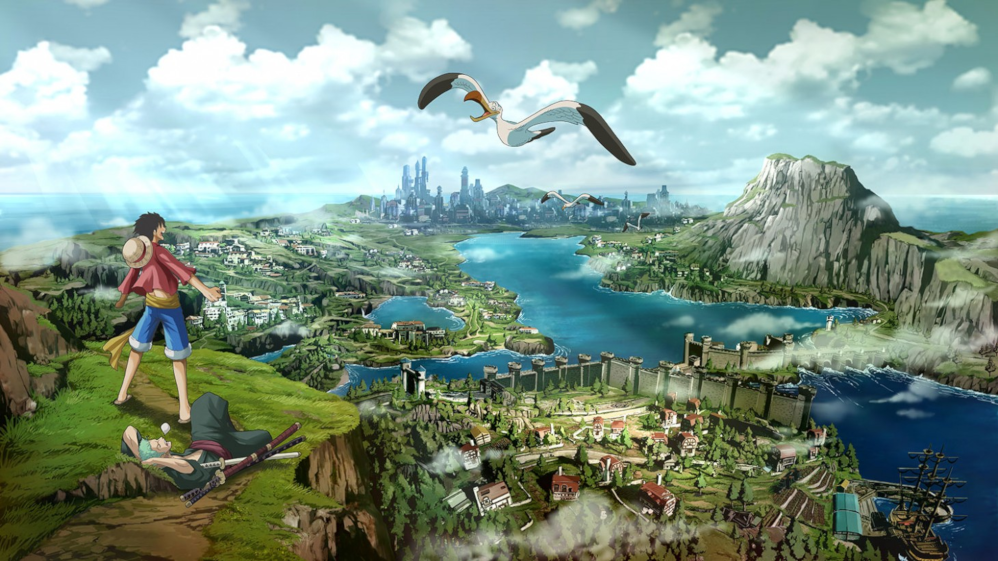 A world of pirates, sailing the ocean, and grand adventures! This is the world of the Grand Line and you will be journeying on it as well! The world is full of pirates, all seeking a legendary treasure known as the One Piece. Due to this boom in pirate activity, the Marines have expanded their ranks and have gone hunting for illegal pirate activity. This won't stop you and your crewmates though!

The One Piece series can be described as a "Wacky pirate adventure across the ocean". If you do not know what One Piece is but wish to try anyway, no worry, this game takes place in an AU, so expect no canon characters and new islands. Since I'd rather not grab a ton of characters, expect NPC crewmates as well. Devil Fruits will not given prior to games start. You will find one and determine whether or not you want to risk gaining its power!

If you have interest in playing this, obviously comment below, but also include what role on the crew you would primarily want as well as one you would take if that role was taken. (Ex. Helmsman, navigator, chef, etc). I'll probably take on 4 players max.

Rulebook
Character excel sheet is being made

Re: One Piece interest check

Re: One Piece interest check

I have no experience with this Show, but I've watched various analysis and am aware of it as a cultural touchstone. Been talking to KrowsNest, and I'm interested in getting in on this action.

My viewpoint as well is that we as a Community need to support people new to GM-ing on the Site. Vardaen can only run so many Games.

I will go so far as PM-ing people individually to try to drum up more Players. Don't make me do it!

Even though it means learning a new system, I'm sure KrowsNest will help us with the crunch.

Come on, come all, to Wacky Pirate Adventures!
Rule Number 12: "A soft answer turneth away wrath. Once wrath is looking the other way, shoot it in the head."
Top

Shame that nobody seems interested in this game other than MWD and I, this has the potential to be a lot of fun.
Top

I'm still happy to go with it as 2 Players to start. Maybe someone else will join eventually. I know it's a bigger challenge to the GM, but as a Player I'm willing to go forward regardless.
Rule Number 12: "A soft answer turneth away wrath. Once wrath is looking the other way, shoot it in the head."
Top

We have one more opening! We may start anyway and the 4th can join the crew later on!
Top

I'll join in to help round out the crew if that remaining opening is still up for grabs.
Last edited by Hermit on Tue Jan 28, 2020 5:05 am, edited 1 time in total.
''At the center of your being you have the answer; you know who you are and you know what you want.'' - Lao-Tzu
Top

Return to “Game Openings and Interest”