Chapter 2 - Dark of the Moon

“...in the Riddermark of Rohan the Rohirrim, the Horse-lords, dwell, and there are no horses like those that are bred in that great vale between the Misty Mountains and the White.” - From The Lord of the Rings, by J.R.R. Tolkien

Run by the Loremaster WBWeather

"Truly you are a gracious host, my lord," Istril says, curtsying. "I will need some help from my friends choosing a suitable horse," she adds, glancing between Hereweald and Torwin.
Top

Torwin is very thankful that Héamarh saw his son rightly, for Ulfùr was rash and obstinate. The fact that this man was a wise leader made it all the more likely that he would be glad to visit Brocdene again.

"Thank you, Lord Héamarh," Torwin replies with a bow. "I must admit that bringing such news here was done more out of duty than desire. But in the end, it was an honor to serve you, and to complete the task Eadulf gave to us. If the King needs is, we may return some day to call on your aid."

Then he looks at Héalaf and Déora and smiles to show his congratulations. Though the young man was also rash, he was humbler than his brother, and Brocdene had what seemed like a good heir in him.

Torwin of course celebrates with the rest, but at about midnight turns in. He had no wish for a headache while bouncing on the back of his new radhors in the morning. He would bring Remn home to his Aunt and Uncle, and give the palfrey to them. He had been a faithful horse and would serve them well.

I'll think about horse appearance and give it a name during the Fellowship phase.
Top

You sleep well that night. Hereweald does not return to your lodgings until morning, Torwin and Istril do not ask where he spent the night. After a hearty breakfast, Déoric and a group of his riders come to get you. Once again you make the journey to his steading. He surveys the destruction with a look of determined resolve. "We have lost much, but thanks to your efforts, not all. Not what was most valuable, the lives of my people and of my wife an daughter. As I promised, I will give you each a radhors from my herd. We will go there now, you may look over the horses and each choose one to your liking. Speak with my herdsman when you have chosen and he will see that the horses are gathered and prepared to take with you."

Déoric bids you farewell and welcomes you to return in the future whenever your paths bring you into these lands. The he departs leaving you in the charge of his chief herdsman, Wuldred. Together you ride for a brief time until you come to an open field where a large herd of horses grazes in the sun. Wuldred escorts you down to the herd so that you can ride among the horses and chose whichever one strikes your fancy.

"This is a great honor", he reassures you. "Déoric's horses are renown for being sure-footed and night-eyed. They are a princely gift. Let me know which you chose."

Night-eyed
It is said that a Night-eyed horse can see the breeze in the dark, and warn its rider of an impending danger.
• When you are riding at night, you receive a bonus of +2 to all your Awareness rolls.
Top

Hereweald is in good spirits this day, he doesn't kiss and tell, but you can tell he was doing some kissing. He thanks Deoric again for the reward, "A fine and worthy gift, thank you Lord."

At the herd he goes about them, whispering to them, touching their necks, checking their teeth and hooves, he looks for one with fire in its belly but wisdom in its head. Something spirited, but within his ability to control. "Any one of these horses is a worthy steed, Istril you will be the talk of your town when you eventually ride home atop one of these." He stops before an all black one, pitch as night, with a single white leg. Its rear left leg is a bright white that runs from hoof to just a handspan above the knee, a very striking look for the creature.

The herdmaster replies, "We call her Moondancer."

I would say insight to determine the worth, although the book lists the cost as 2 gold.
As for taming, you can use athletics for a riding test, or be more creative and use persuade, or song, or any other skill you can come up with a good explanation for.

Lets do it this way, I will give you 3 attempts using any combination of skills. To successfully tame the horse, you need a total of 4 levels of success. If you cannot accomplish that in 3 rolls you can still take the horse, but will not be able to ride it until you have spent time with it, or chose a different animal.
Top

The Gondorian woman was all smiles as she was led into the fields to choose a horse. With the help of the herdsmen, Istril selected a sturdy chestnut flaxen mare with four white socks and a stripe. She was assured that the mare, named Wynmiera (meaning Joyful Mare, or just Joyful), would fit the needs of the inexperienced rider that she was.

Using her knowledge of herb-lore, Istril selected such plants as might be considered a safe treat for a horse (among what was left of the winter stores, anyway) and approached the mare, calling out in a soft tone of voice. She stopped within a few paces and allowed Wynmiera to get her scent before offering her treat, and slowly moving to gently touch the horse neck, sides, and face as she spoke softly, telling Wynmiera of the southern lands of Gondor. This would do for a first step.

If I can roll Inspire, I'd like to do that. Istril has enough herb-lore that she'd probably be able to figure out what a horse would like, especially after chatting with the locals, and what would be a safe present. No idea if that gets me a bonus or anything. ^_^
Top

Torwin watched the herd for quite some time. He observed how the horses interacted with one another and soon a silver-white buckskin stallion caught his eye. The horse was still young, but neither was it a colt. He could see the steed was independent, fierce, and yet unlike most stallions, not loud. It charged around the herd at moments, but did not neigh nor squeal.

It had four black stockings, a black mane, and a black blaze so wide that it went past his crystal blue eyes. Normally such coloring would be simply called a bald face, but in his case it was black on white, and looked more like a mask.
Couple examples that would be similar/give an idea: 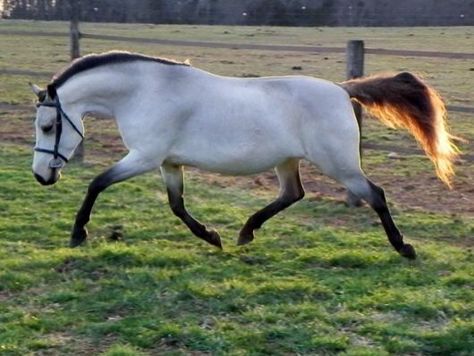 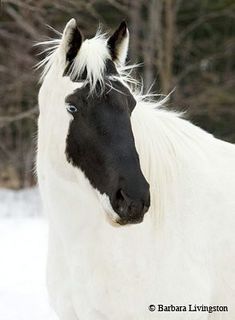 "Who is he?" Torwin asks of the headmaster. The man laughs, and says, "If you can get Caldscinn to come to you, much less ride him, you may have him. Though he is no eoh, he acts like one. Perhaps one day he could be one."

"Ah," replies Torwin, "I'm guessing he is colder in spirit than appearance." The headmaster nodded and waited to see what Torwin would do.

Still, he watched and observed, thinking through all the horses he'd known and what worked well with the stallions.
Then he remembered something, and so began a rhythmic chant as he approached the horse. He had seen this done effectively before, as the voice and rhythm both got the attention of the animal, and soothed it.
Song 3
Finally when he was close he used his height to try to approach Caldscinn, just to get close enough to touch the horse and talk to it, and establish some level of authority.
Awe 2
Based on how those succeed, I'll decide what to do last.
Top

Hereweald begins to select a horse that fits, and to break it to his will...
Go for it, spend a Hope if it seems super useful, if not just roll a bunch and take my time
"He that breaks a thing to find out what it is has left the path of wisdom." - Gandalf
J.R.R. Tolkien, Council of Elrond, The Fellowship of the Ring
Top

Hearweald walks among the horses until his eye catches Moondancer standing tall and proud amidst the others in the herd. He walks up to her, trying to read her. She is somewhat reluctant to let him approach at first. He sees in her a fiery spirit and he sees she has a need to be free, to race wildly over the plains. With a practiced smoothness, he quickly mounts her and whispers to her, "Run". At the command, the horse bolts like lightning, challenging the rider to stay on her back. Hereweald adjusts himself a bit and clamps down on her flank with is knees, easily able to stay mounted as the ground beneath flies by in a blur. He leans in and begins to sing a song to her, comforting her and calming her. As he does so, the horse yields to his will, accepting the rider as her master. He lets her run freely for a while, enjoying the rushing wind on his face, the exhilaration of the wild ride, then he slows her down and rides her back to the others. Climbing off, he states, "This one will do, this one will do nicely."

Song
Rolled:
Feat Die: 9*
Success Die: 5,2
Totaling: 16
Istril approaches Wynmiera with a buch of fragrant herbs that horses were often given as treats in Gondor. The mare sniffs at the herbs and then takes them in her mouth gladly, allowing Istril to stroke her neck gently. She speaks gently to the horse, reassuring her. The horse lets her mount, but soon becomes uneasy and the Gondorian is forced to dismount, the horses strength being too much for her. She is however confident that in a short time, she will win Wynmeira over.

Herb-lore for an automatic success

Athletics
Rolled:
Feat Die: 4*
Success Die: 4,2
Totaling: 10
Torwin approaches Caldscinn chanting his rhythmic song. The hoses ears prick up and he watches the man closely. He allows Torwin to move closer, interested and not showing any fear. He reaches the horse and touches it. Caldscinn begins to seem uneasy.

Sure spend the Hope on Awe. Can I invoke Horsemanship on the Song roll for an AP?
When he is close enough, he lays his hand on the side of Caldscinn's neck, and begins to stroke his mane and fur. Slowly he brings out a rope that he brought and tries to tie it round the horse's neck, the he might lead him in one way or another. He did not hope he could tame so wild a horse by jumping straight on its back; he planned first to show that he could firmly, but gently lead the beast, and so earn its respect.

Athletics
Leaving tomorrow, will almost certainly not be able to post for 2-3 days (traveling), again on Aug 9/10th and light posting in between.
Top
Post Reply
277 posts

Return to “Oaths of the Riddermark”