An afterimage of bright blood and shining steel remains embedded in your sight as the world goes black. You find yourselves in darkness, not a lit lamp or sunset ray of light reaching you. You find yourselves on a somewhat soft surface, what feels like old bedding. Your nostrils are full of musty, bone-dry air. Reaching around you feel hard stone underneath the bedding. For the moment, you are at least not in mortal danger from strange assassins.

Welcome to Act 2! And welcome to @Othniel as our newest member of the Party.
Rule Number 12: "A soft answer turneth away wrath. Once wrath is looking the other way, shoot it in the head."
Top

"What the hells?" a woman's voice mutters. A light springs up, revealing the speaker to be a young woman in a simple but tasteful dark red dress shot with silver, auburn hair done in a splendid arrangement for the occasion She holds a holy symbol recognizable to some as belonging to the empyreal lord Ragathiel. "What happened?"

The sword crossed with a wing, the holy symbol of Ragathiel, begins glowing with a comforting golden light. Revealed is faded wallpaper lining the walls of a large room, about 30 feet on a side. Six beds line the western wall where you find yourselves, each pristinely made but caked in a thick layer of dust. Eight closed wooden lockers line the northeastern corner of the room. Two doors exit the room - one to the north and one to the east.

The light is strong enough for all the inhabitants of the room to see each other.

Please describe yourselves as you make your first post in this Act. So everyone can be reminded of appearances and such.
Rule Number 12: "A soft answer turneth away wrath. Once wrath is looking the other way, shoot it in the head."
Top

The muffled voice is quickly replaced with a bolt up right figure of an athletic man. He leaps out of the bed and grabs for his blade as the light fills the room. "Besmara's Tits where are we?!" He scans the room for people that he knows, and most of them he seems to know. His leather armors are rather fancy, as if stylized for a noble ball, his shoulders covered in fine fur, and his face and head well groomed with dark black hair and goatee. The small blade glints in the light of the spell. 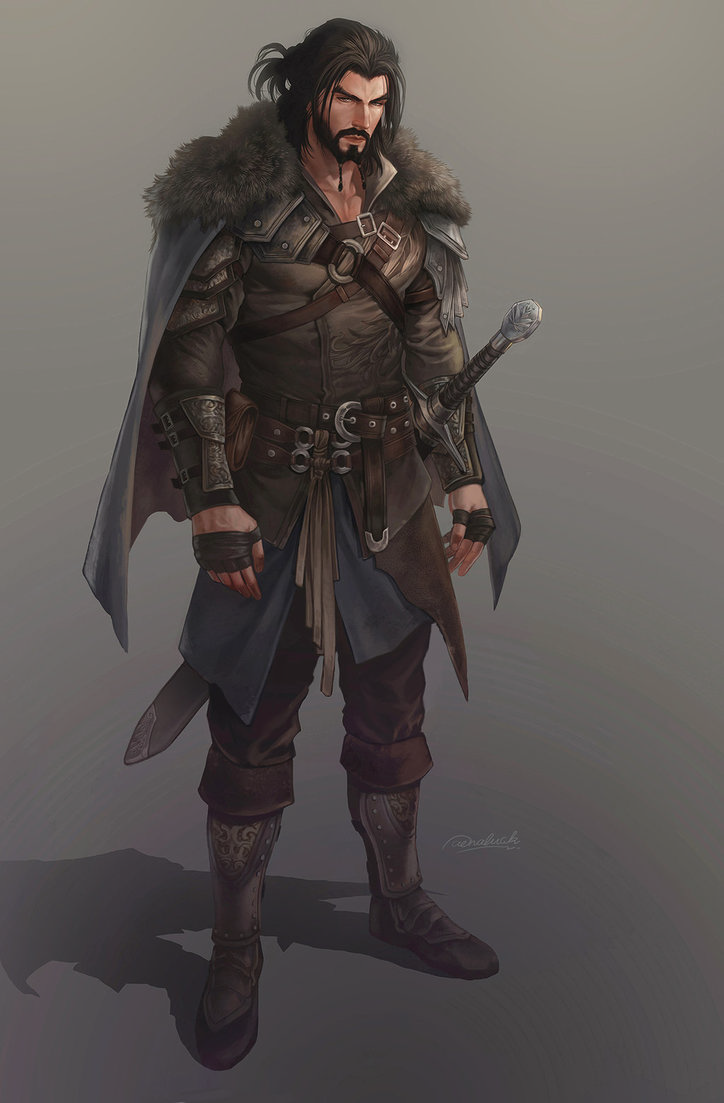 "If you're going to pull a blade on someone, you'd best be ready to use it," the auburn-haired woman quickly states. "I warn you, I am a warpriestess of Ragathiel and trained with weapons myself," she adds, producing a dagger of her own within the folds of her dress. "I am Astraea of House Clement." A disoriented and disheveled woman with shoulder-length dirty-blond hair stands up unsteadily, still clad in her high heels. The human isn't hurt, but her dress has seen better days. Getting up and shaking the cobwebs from her head, she answers, "Not sure...there was some sort of massacre ordered by the insane king, and then chaos, and then...we fell in a hole? Hi there, I'm Aurelia."

Besides her half-torn, barely-there green dress, this woman also has a weighty tome with blue, arcane runes inscribed upon its velvet brown cover. The tome is secured to a sturdy chain tied to her belt. Theodrix's keen eyes pick out something odd about Astraea's outfit, besides the courtly red dress. Stuck in one of the folds appears to be the dented form of a Senate Aide Badge, of the exact design as his. Despite the fortuitousness of it all, it appears to be the one that flew into the crowd when Crichton was slain in the Courtyard. He touches his own Badge, and the item feels warm and tingly. Unexpected magic appears to have come into play.

As this introduction is going on, you all hear the same voice in your minds, that of Lady Martella. "Where did you go?!? I just saw you and several others in the Senate vanish into thin air!"

@Grimbold @Zorbeltuss - in case you hadn't seen, we've got Act 2 going!
Rule Number 12: "A soft answer turneth away wrath. Once wrath is looking the other way, shoot it in the head."
Top

"Oh Caiden help me!" A middle aged man gets up. He rubs his head. "I must have had a drink too much." Then he remembers and frowns. "Where are we? What happened?" He looks for his belongings and his sturdy staff. "Oh, I'm Brother Betram, of the Church of Cayden Caillean."

A middle aged man with a beer belly, greyish-black hair and piercing black eyes. He has a reddish nose and a winning smile. He often seems confused and unaware, but his piercing eyes hide a keen intellect. He often wears metal armor under his worn travel cloak and walks with a sturdy staff. A rapier typical for his religion can be seen on his belt. He also carries a good crossbow when travelling. His clothes often consist of rugged travel gear, used a lot for his extensive travels. In more noble company he wears simple but elegant clothing, but nothing too extravagant. A golden holy symbol of Cayden can be seen around his neck. 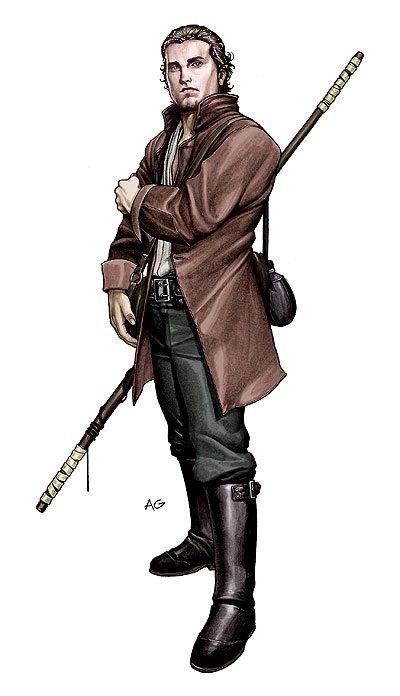 "Who said that?" Astraea demands, looking around. She doesn't seem to have noticed the badge lodged in her clothing. "I was in the audience and then 'poof,' ended up here with you lot."
Top

Othniel wrote:"If you're going to pull a blade on someone, you'd best be ready to use it," the auburn-haired woman quickly states. "I warn you, I am a warpriestess of Ragathiel and trained with weapons myself," she adds, producing a dagger of her own within the folds of her dress. "I am Astraea of House Clement."

"Ragathiel? Well, worthy enough, but I don't know you. I do know them...." he motions at everyone else that's in the chamber. "I'm willing to wager you are no enemy, but we can't be too sure. So, hows about you put down your blade and I'll lower mine?" He does as he promises if the woman does the same.

"Brother Betram it would appear we have been whisked away during the fighting. No drinking was involved, unfortunately." Then the voice in the head, and the notice of the Aide Badge.

He attempts to reply to Lady Martella, "We have been teleported away, we don't know where, and we have a stowaway with us, Astraea of House Clement." He produces the Senate badge, "Looks like these are to blame. Lady Martella, where are you you? Are you safe?"
"He that breaks a thing to find out what it is has left the path of wisdom." - Gandalf
J.R.R. Tolkien, Council of Elrond, The Fellowship of the Ring
Top
Post Reply
245 posts