The OOC area for the Cyberpunk game Dawn of the Red

PC and relevant NPC profiles will be posted here.
Top

Tojiro, only child of Jose and Hitomi, was born into the security and safety of arcology life, both parents working for a Petrochem subsidiary engineering firm. The fall out of the 2nd Corporate War found the regional company suddenly bereft of its primary client and spiraling quickly to insolvency. The Garcia’s found themselves scraping to survive, while Tojiro didn’t assimilate well to the new neighborhood and school. Seeking social and economic stability, Tojiro enlisted with Militech, placing into electronics repair for two years before promoting to Explosive Ordnance Disposal. A mishap in the field detonated an unstable IED cost Tojiro his arm, months in recovery, and at least two months he cannot account for. Budget considerations lead to him being outfitted with a clunky military surplus arm and notable scaring instead of a biologic replacement. Realizing that at the end of the day, he was only a replaceable tool, Tojiro declined the offer to reenlist.

People aren’t things, and if it takes a fire to light that truth, well, Koun has a match.

17: Nothing Important happened
18: Friends & Enemies: Friend: Person working for you (Male). He is of African decent.
19: Romantic: Fast Affairs and Hot Dates
20: Romantic: Happy Love Affair
21: Friends & Enemies: Enemy (Female): Foiled a plan of the other's, mutual dislike, plan to back-stab her indirectly, all she can throw against you is herself, She is of African descent.
22: Big Problems/Wins: Disaster Strikes: Accident: You were in a terrible accident; you have lost 2 months of memory from this year.

Motivation:
- Personality: Sneaky/Deceptive
- Valuable Person: No One
- Valued Most: Honor
- Feelings towards people: People are untrustworthy. Don't depend on anyone.
- Most Valued Possession: EOD multi-tool.

Goals:
- Destabilizing bottom lines of whichever corps are trying to muscle into the home turf. Economic terrorism to protect the little guy/revenge for what happened to his childhood.

Enemy:
Female Enemy – Mouthy butter bars (2nd LT. with no field experience) cutting corners and safety measures in EOD to feed her corporate bottom line. Tojiro orchestrated a catastrophic failure without injury and reported the incident past her to the company safety officer. She was stripped of rank for the breach of protocol and materials lost. 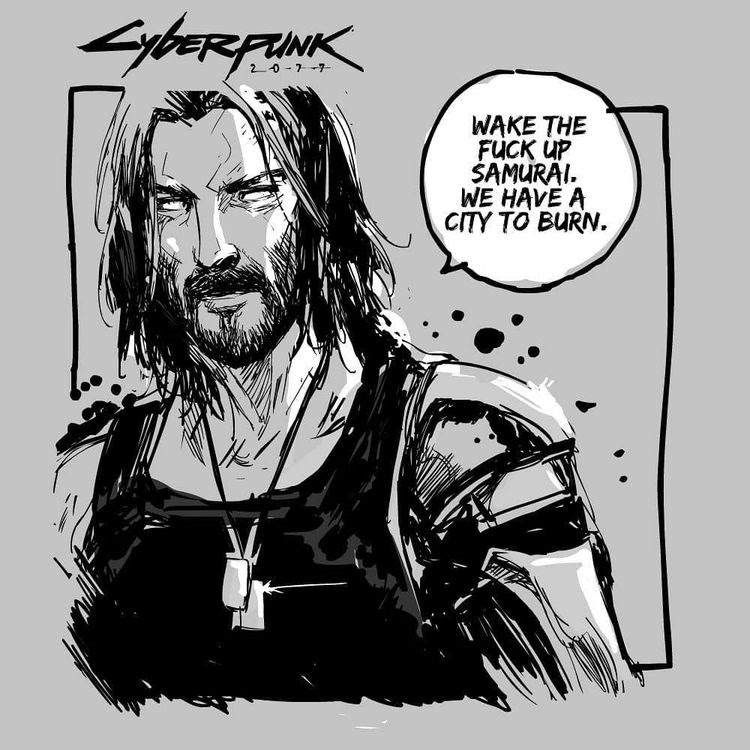 FAMILY BACKGROUND:
Born in Mexico City, Juan is the son of a Mexican mother Amelia Cordoza and American father Mike King. His mother was a promising young musician, but while studying at college in Night City she fell in love with a fellow student and soon dropped out of college to be with him. They got married and had five kids together, the oldest being Juan's big brother Jo along with three younger sisters, Jessie, Carla and Juna. Unfortunately, Mike was a member of a prominent Night City gang and when Juan was still young both Mike and Amelia were killed in a hit-and-run accident.

Juan has a strong bond with his older brother Jo. Carla and Juna are neutral towards him and Jessie in not on speaking terms with Juan.

LIFEPATH
17: Juan was running with a gang in Night City and got into a fight with a rival gang, stumbling onto their turf by accident. While trying to escape he is hit by a car and is critically injured, spending four months in hospital.
18: Juan helped out a younger kid in the gang, with Enrique looking up to Juan and becoming something like a kid-brother to him.
19: While running with the gang, busting into a store on the edge of Night City to make some cash, Juan is ID’d by the cops through CCTV and is wanted by the local cops for burglary and assault, something that Juan knows is only partly true.
20: Juan does a deal to sell on some stolen merchandise, unfortunately it belongs to Raven Cyber-systems and word gets back to one of their regional directors, Karl Falken, who swears he’ll find Juan and make him pay for fencing their merch.
21 & 22: Got involved with a girl named Rachel he met in a coffee shop, managed to keep himself out of trouble and almost got his act together completely, though he couldn’t quite stay clear of the ‘punk life.
23: His relationship with Rachel might have ended but they are still close friends and they stay in contact.
24: Juan and his little sister Jessie almost come to blows as Juan refuses to work with her in some crazy deal she is working on. He doesn’t want to put her in danger by brokering a deal between her gang and a rival group, but she doesn’t see it as him protecting her, only denying her a big pay day. To this day they haven’t spoken to each other – see next entry.
25: Jessie goes ahead with her crazy scheme and ends up getting caught in a DEA set-up. She’s doing time for her crime and it’s down to some desk jockey that tapped her phone. Juan went to her trial and knows who turned evidence against her. Juan wants to get revenge, but the DEA agent, Robert McTaggart has the whole of the DEA on his side.
26: A quiet year by Juan’s standards. Jessie still won’t talk to him, refusing all visiting requests, Jo understands why he wouldn’t help but the others don’t know who to support. He still talks to Rachel, frequenting the coffee shop she now manages and gets a sympathetic ear.
27: An old woman who lives on the same block as Juan was being intimidated by a gang of street kids, but Juan puts in a call to some contacts and scares them off. The old woman thanks him and the two become firm friends. Estelle, a 60 year old ex-factory worker is smart and a damn good cook too. Juan comes to her for her legendary apple pie when he’s feeling down.
28: Big Problems, Big Wins: Big Win!: Local Nomad Pack befriends you, you can call upon them for one favor a month, equivalent to a +2 family special ability. 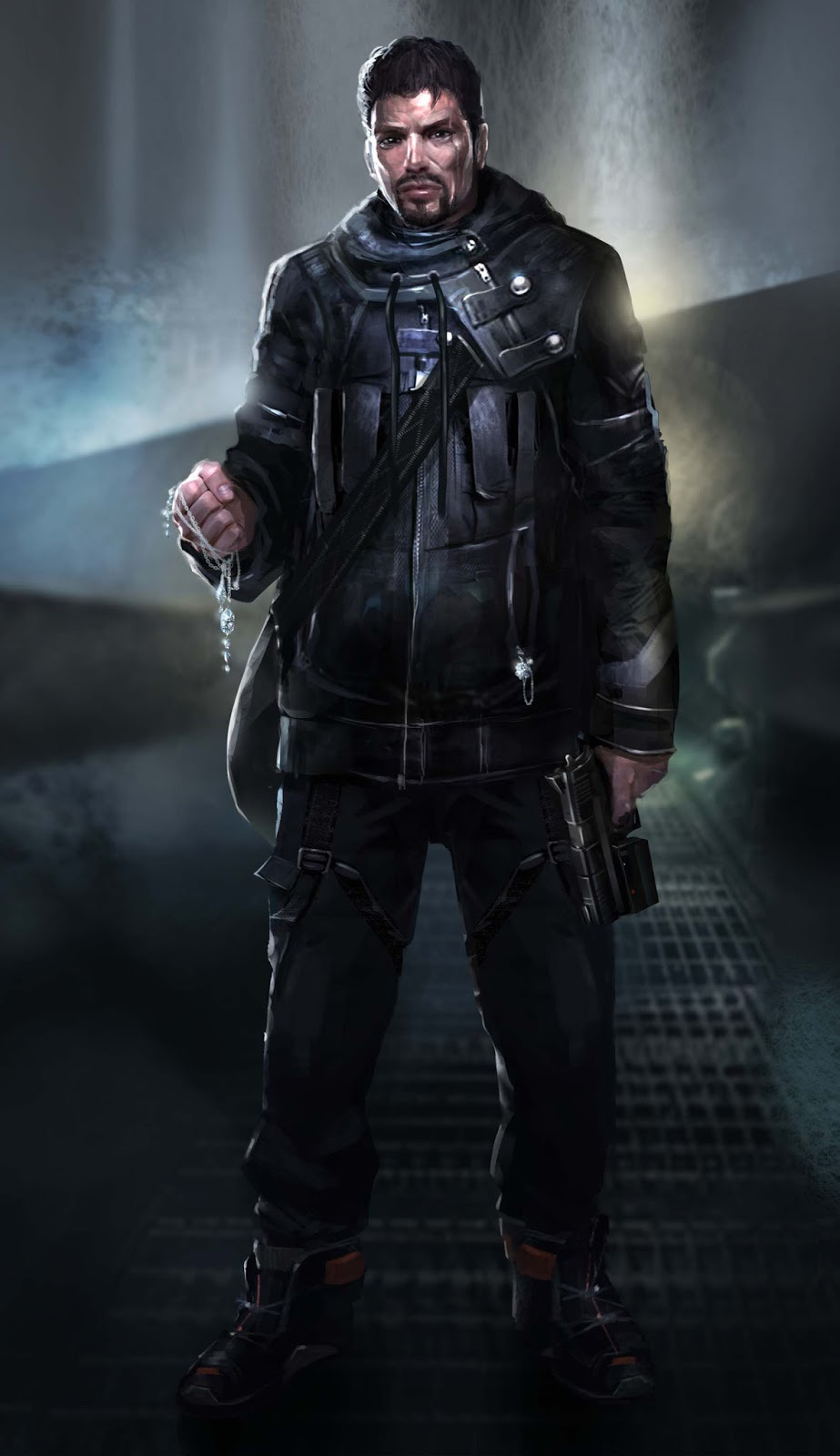 Lia was born into a large Nomad pack where she chafed under the rules imposed by her elders. As the pack slowly struggled to maintain it's wealth, her twin Bria helped her escape. She thinks of them often, but inside she was another mouth to feed and body to move, outside she can take care of herself.

Personality: Outwardly friendly, but untrusting, more familiar than is professional, does not understand "subtle" social interactions very well, always looking over her shoulder

LIFE EVENTS
17: Romantic Involvement: Happy Love Affair with Nadya, teen romance that lasted a few months, left the Pack shortly after Ascia did for another
18: Friends and Enemies: Bria helped her leave the Pack this year
19: Nothing Happened
20: Friends and Enemies: Enemy: Ascia was working with a team for the State Police, supposedly backed up by the department's own team. Support never arrived, costing one team member's life and another's left arm. Ascia blew up on the tactical team leader, openly calling him a coward and a liar. Tore Jefferson has since been promoted. A lot.
21: Friends and Enemies: Friend: Ascia hooked up with a mercenary organization run by Ian Wilson. The time furnished contacts, some respectability, and a life long respect for the professional soldier.
22: Big Problem, Big Wins: Big Win!: Powerful Corp. Clinton Wong had attempted to break off an affair with a lawyer who used to represent his employer, when the former partner got aggressive, Ascia demonstrated that further threats were a bad idea, Clint couldn't pay in cash without raising eyebrows, but he offered a favour for later
23: Big Problem, Big Wins: Big Problem!: Imprisonment: Apparently punching out a grabby Corp boy is "assault" and worth 30 days
24: Romantic Involvement: Cedric, long term affair, separated due to him being moved to a different city, still talk occaisonally
25: Big Problems, Big Wins: Big Win!: Davin, helped him out with some gang issues, he taught her some new techniques for fighting. She still checks in to chat and tune up
26: Big Problems, Big Wins: Big Win!: Danielle DuLac, they dated a couple of times, there was no spark, but a good friendship started. Danielle now works in the Mayor's office doing PR.
27: Friends and Enemies: Enemy: Ana Winters an Exec at a small Corp. She made a remark about Ascia's date and she did not take it well. Ascia made a perfectly reasonable observation (it wasn't) and things kinda got out of hand. 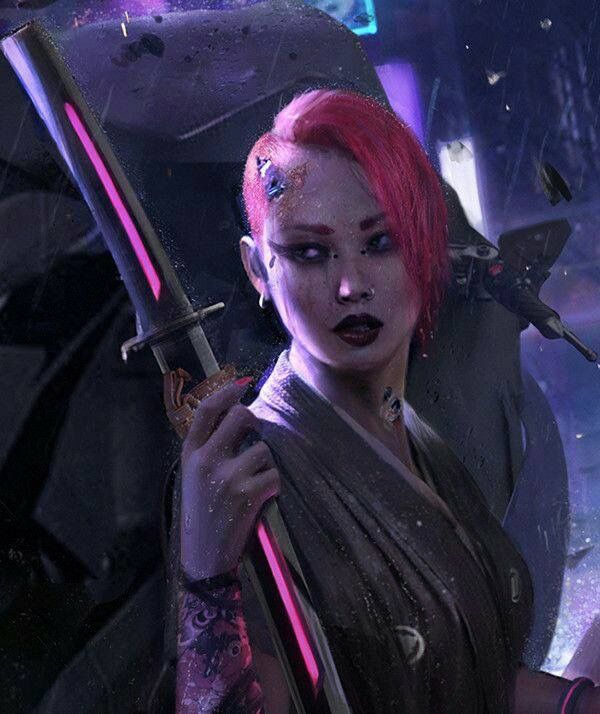 Fantasy is the exercise bike of the mind. It might not take you anywhere, but it tones up the muscles that can. Of course, I might be wrong.
- Sir Terry Pratchett
Formerly Phlale
Top
Post Reply
4 posts • Page 1 of 1

Return to “Cyberpunk: Dawn of the Red OOC”