Night City 2022, the city is in flux, corporations are running rampant waging war in board rooms and stock markets, what started as politics as always has heated up to a boiling point and scrimmages are happening in the streets, as the end of an era quickly approaches uncertain times lie ahead. 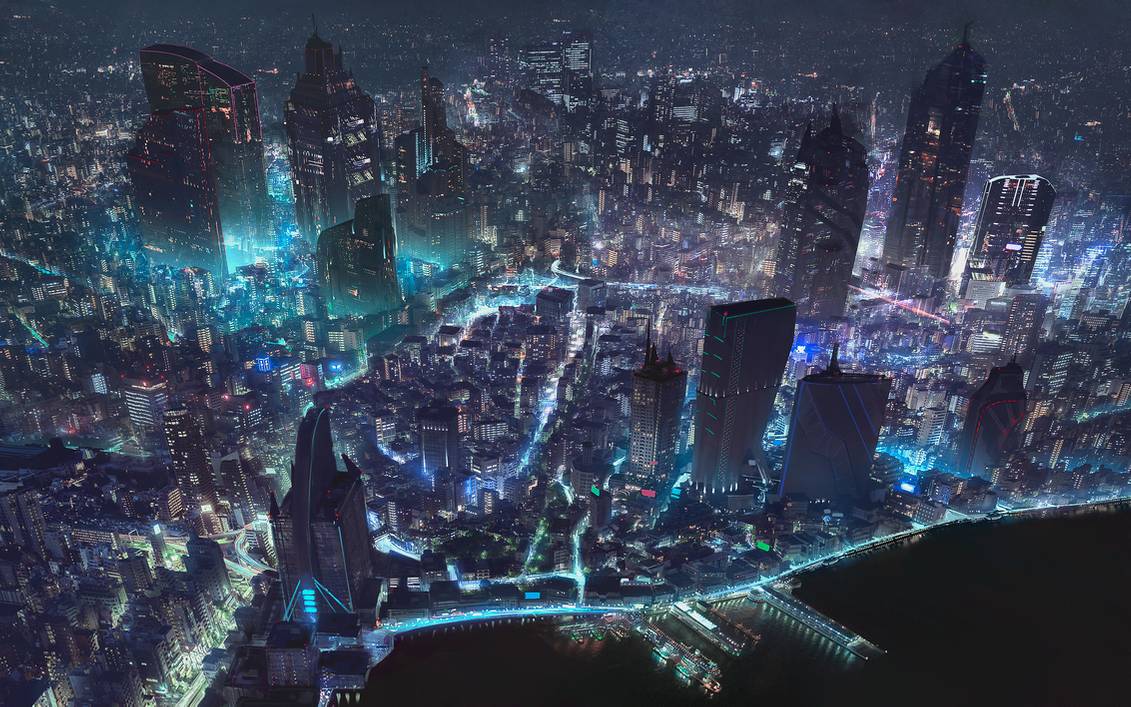 Lia sits on a couch in the bustling greenroom, she is watching TV as Xander is getting ready to go up on stage, Robert sit on a love seat to her right, he is fiddling with his smartgoggles flipping through the various settings and modes, as he often does whenever there is nothing specific for the driver to do, behind them Juan paces back and forth while talking to the event organizers on the phone, the conversation being amicably enough, as they discuss the possibility of Xander joining Johnny Silverhands' upcoming tour as an opening act.

The TV feed abruptly cuts away to a breaking news segment, the news caster is a good looking blonde woman in her mid 30's, she looks at the camera and starts speaking "The legal battle to take over the assets of now defunct Megacorp IHAG intensifies as both bidding parties have brought Night City's largest firms into the fray, CINO has hired Arasaka to help them resolve the dispute, and OTEC secured a contract with Militech, their involvement has been swiftly felt as scrimmages between the two factions have become common place in the East Marina District, the firefights have been quick but furious leaving a trail of bodies behind. We at WLAPG urge you to please avoid the district and to remain indoors." The feed cuts off and goes back to regular scheduled programming which is currently in a commercial break. A very regal song starts playing over sweeping images of the city, a voice says "Night City, our city, has been eroding Mayor Garven Haakensen has allowed corporations and criminals to take over our streets and our lives, it is time to change that!" On the screen the image changes from the sweeping shots of the city to a side shot of Tore Jefferson, he turns to look at the camera and says "My name is Tore Jefferson, and under my leader..." Disgusted Lia shuts off the TV, shaking her head.

Elsewhere Tojiro sits in front of a mixing board testing the audio levels as the event's crew test the microphones and equipment.

I didn't want to over complicate things so here is a layout of the party:
- Xander Thibedeau, Rockerboy, He is a musician and has hired the rest of the PCs.
- Juan King, Fixer, Juan is Xander's manager.
- Tojiro Garcia, Techie, Tojiro is Xander's audio technician.
- Lia, Solo, Lia is Xander's bodyguard
- Robert Shasta, Nomad, Robert drives Xander's van which helps transport the crew and equipment.

As i mentioned in the list you all have a van, while not the most comfortable of vehicles it is spacious enough for everyone to fit comfortably and carry equipment, the van looks somewhat similar to a Mercedes Benz Sprinter 2500.
Top

Tojiro grimaces faintly as he adjusts dials and sliders, lips moving slightly as the mastoid comm picks up his voice without much background noise.

“Xander’s a class act, you know, you’ve heard his sound esse.. Yeah, I know, he’s a live artist esse… Sure, sure, I’ll speak to you soon.” Juan flips his phone closed and slips it inside his jacket pocket, a big grin on his face.

“Xander! One step closer my friend, just a few things to tie up and you’ll be big time. I told you to trust Juan, didn’t I esse?” He slaps the rocker on the shoulder, looking over to the stage entrance, “Now go out and show Night City what you’ve got boy..”
Last edited by silverfoxdmt73 on Sat Feb 01, 2020 7:55 am, edited 1 time in total.
Top

Walking away from the TV is a woman who might pass for a groupie, short skirt, combat boots, and bright pink hair. It's the matching katana and gun under the armoured vest that say she's much more. "The camera's about as much shooting as you could ever handle, bastard." She walks back to the her post by the door and leans against it. "Juan, hun, if you could get us away from this mess before I have to kill someone, that'd be great."
Fantasy is the exercise bike of the mind. It might not take you anywhere, but it tones up the muscles that can. Of course, I might be wrong.
- Sir Terry Pratchett
Formerly Phlale
Top

Robert sighs and puts his legs up on the back of the love seat. He scoots up a bit then lays back, looking at the room upside down. "Notice would be nice if you plan on tracking blood back into my car there, Lia. Again. Last time I had to break out the heavy-duty stuff to get those stains out." He spreads his arms out, and they flop near the floor. "I really need to invest in a gaming system some day. Something to kill the time better."
Rule Number 12: "A soft answer turneth away wrath. Once wrath is looking the other way, shoot it in the head."
Top

Lia sighs, brushing the hair out of her face, "Sorry, just hate seeing that face." She flashes a smile, though the anger is still there, "Next time I'll try to keep my boots clean."
Fantasy is the exercise bike of the mind. It might not take you anywhere, but it tones up the muscles that can. Of course, I might be wrong.
- Sir Terry Pratchett
Formerly Phlale
Top

Tojiro strolls into the green room, not breaking stride towards the catering table at the casual mention of murder, "If you're recycling tonight, time your shots with the click track on channel 5. Spookin' the borgies is bad business." He grabs a bottle of beer, mechanical hand flipping the cap off easily, and a sandwich. "Happy crowds means less kibble on the menu, neh?"
Rocket Age "Team E'ville" playtester
Top

Xander, sitting on the side of the stage, watching the effect tests, gave Juan a thumbs up, following by an "Ok" hand sign, "Rad. This show is going to be awesome, as long as them pyrotechnics blow the audience away!"
Top

Tojiro smirks around his last minute snack, "Won't be as pretty as the razorgirl, boss, but the venue won't let me turn the fountains all the way up." He tosses a playful wink at Lia.

Robert grins at the latest comments. "I've seen you turn things up before, Tojiro. Fire marshals and insurance regs may keep cash safely coming our way, but the shows are way better without. You put on a hell of a show when you're allowed to."
Rule Number 12: "A soft answer turneth away wrath. Once wrath is looking the other way, shoot it in the head."
Top
Post Reply
43 posts

Return to “Cyberpunk: Dawn of the Red”