A place to see quick descriptions of the games being played, as well as the master games list.
Locked
1 post • Page 1 of 1 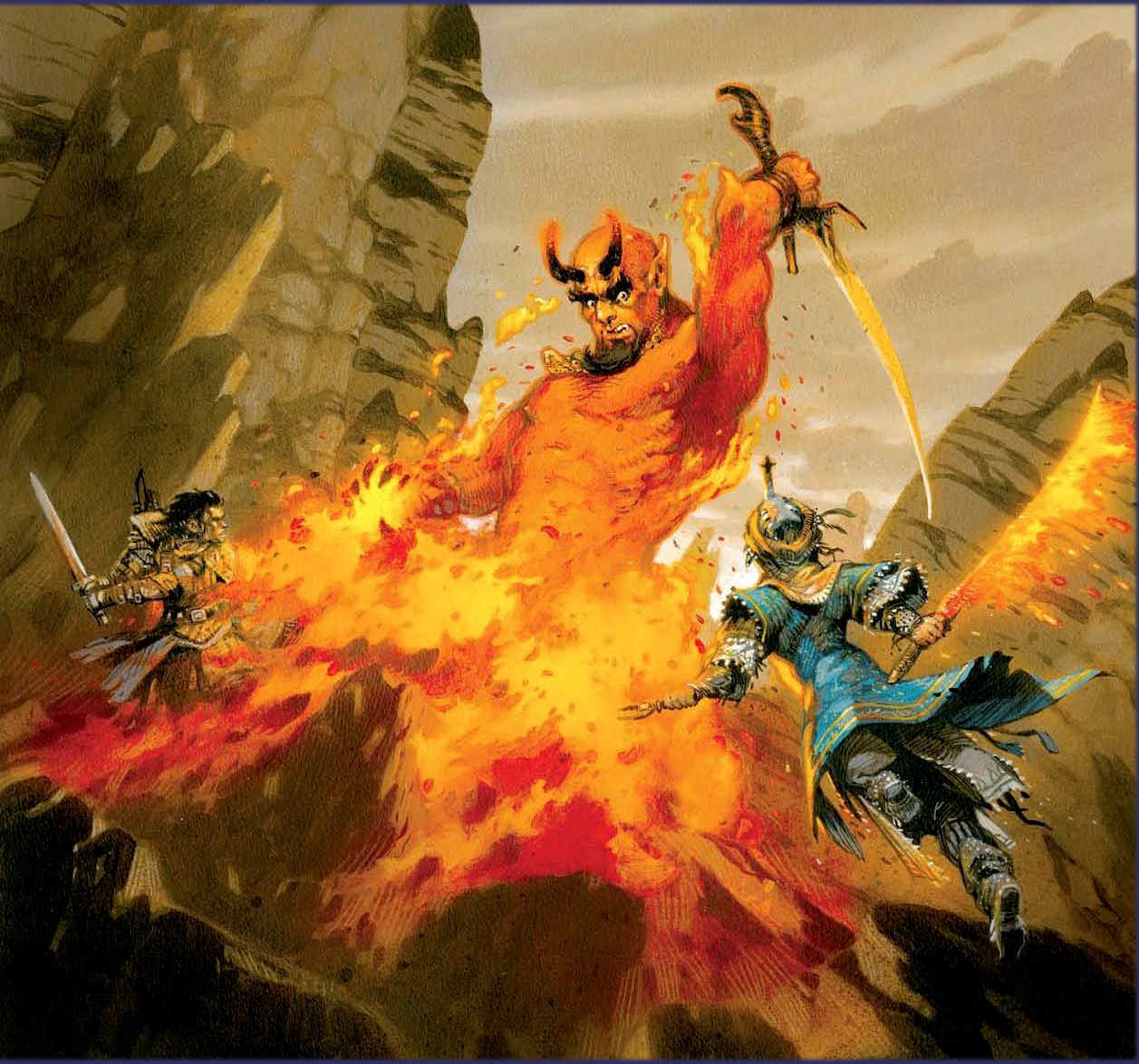 The sands of the desert are unforgiving, and those who show weakness rarely survive. Beset by gnolls and genies, can the heroes stop a wish-maddened warlord from raising one of the infamous Spawn of Rovagug, a living holocaust cast down millennia before? In order to do so, they'll need to brave sand, flame, and the terrors of the Outer Planesâ€”yet the forces at work against them are limited only by the reach of their imagination. And the enemy has had thousands of years to prepare...

The Legacy of Fire Adventure Path begins in the desert nation of Katapesh, where the heroes must attempt to retake a conquered town from a pack of fearsome gnolls. From there, the trail leads to the fortress known as the House of the Beast, an ancient map-world created by one of the most powerful wizards in history, and even the legendary City of Brass on the Plane of Fire.

This is game is being run based on the Legacy of Fire Adventure Path from Paizo. It's designed to take the players from 1st level up to 14th level.

It is being run by Trogdor.

Go to the OOC Information.
Go to the Game Threads.
Top
Locked
1 post • Page 1 of 1

Return to “About Our Games”