Aurelia gives a friendly smile to the guard. "We are happy to comply, but what are we being inspected for? Surely you can see I'm not hiding anything..."

She gestures to her outfit, as if to showcase the absurdity of trying to hide anything in it.
Top

The guard, raises an eyebrow at Aurelia, shaking her head at the outfit, probably agreeing with the impossibility of hiding anything important. Her eyes light up at Crichton's line of reasoning. "Yes, I would be happy to be the means of exchange for such currency. 25 coins should be sufficient." Once they are counted, she calmly palms them, her eyes sparkling. She makes a show of patting down for contraband, but rather poorly.

After the bribe is accepted, and the inspection concluded, she gives a cheeky grin. "Kathann Zalar, senatorial protection detail. We have a ... common friend." She pats the side of her nose knowingly with one finger, then pulls at her high collar to expose more neckline. Instead of bronze skin, there are light green scales presented. A truly masterful application of makeup, hiding her true racial background. "Good instincts, all of you. Guards are the same, the world over. Bribe or bullshit your way through, and you're golden." She pats her newly expanded purse. "And now you know the amount of the standard bribe. So, learning experience."

She puts on a show of gruffly herding the group back to the waiting line. "One last thing," she whispers, "if anything goes down, rally to me." She pats the rapier at her side. "I'm not here just for show."

Not going for the Sword Dress? C'mon, nobody will notice, even if they're dancing with you. Because people are stupid.

Bertram smiles at the guard's skill but only says: "Oh thank you, we will definitely rally to you if we need any help." He leans on his staff as he walks on, following the others.
Top

Crichton chuckles dryly, accepting the loss of twenty-five gold pieces - almost a month's wages for his mother - without apparent malice.

"An excellent lesson, madam. We shall remain vigilant."

With the assurance of a man moving to precisely where he belongs, Crichton returns to their spot in line.
"Me go too far!"

"That went well" Mercutio quips "Except for your purse".
Top

"An education is priceless, Master Vernisant."

For perhaps the first time, Crichton locks gazes with Mercutio. There is something behind his eyes. He speaks, as ever, evenly.

"I appreciate your evaluation of the matter, and remain assured that we will real the benefits of your piercing analysis in the fullness of time."
Last edited by JohnnyWeird on Wed Oct 03, 2018 2:25 pm, edited 1 time in total.
"Me go too far!"

Theodrix moves back into the line, to make sure they don't loose their spot. "Would have been helpful if the lady told us she has other help inside. Perhaps there are others yet." He turns and notices a few people at the front of the line getting in finally. "Well we might make it inside before the whole thing is over."
"He that breaks a thing to find out what it is has left the path of wisdom." - Gandalf
J.R.R. Tolkien, Council of Elrond, The Fellowship of the Ring
Top

"So just about my entire family kept saying, right until they started to consider mine rather wasteful" Mercutio probably is less flippant than he appears, probably. His eyes at least seems to betray that exterior.
Top

Aurelia listens to Kathann Zalar, and relaxes just a bit when it is clear that no other deception or theatrics are necessary. Well, almost. "Yes, thank you for your lesson. The bullshit isn't just for the guards, however. Sometimes, the general audience needs to but it as well."

She makes a show of acting indignant as she is patted down, loudly making some snarky remarks to dissuade anyone from thinking that this was anything other than a normal encounter.

Once back in line, she muses, "I wonder what other friends we have inside..."
Top

The hidden agent among the Guard herds you back into your place in line, and you see the guards performing similar searches and interrogations to other groups as well. You even hear a shout of exclamation as one of the guests abruptly books it for the exit, and is promptly tackled by three soldiers. He protests loudly that whatever was found on him wasn't his, loudly protesting his innocence as he is dragged away.

Aside from that one incident, the rest of the waiting game proceeds apace, and soon you are at the bottom of the famed 100 stairs leading up to the marble edifice that is the Taldan Senate Building. Giant columns with carved frescoes line the outside, and bright lanterns are strategically placed to draw the eye to the scenes of the glorious history of the Empire.

Upon entering the building, you stroll through the Arcade of Triumphs. Banners and trophies showing off thousands of years of history line the walls. A score of Taldan Phalanx stand at attention, arranged in two parallel ranks facing each other, their pikes at present arms. The guests proceed through the room between the ranks, in turn feeling paraded as honored personages, and perhaps somewhat threatened as well. Ceremonial as they are intended for this event, those are still very real weapons.

Hundreds of nobles, Senatorial aides, and visiting dignitaries are gathered into the Courtyard, in anticipation of some sort of opening ceremonies. Breathtaking gardens surround the entire building, but in the section linking the Arcade of Triumphs and the main Senate Building is especially lavish. Entertainment is already set up, with a makeshift zoo of imported animals and magical beasts. The children of the nobility flock to the petting zoo section, which is particularly popular for the hippogriff rides, even though flying isn't part of the itinerary. Bees happily buzz among the exotic flowers, returning to their small hive with the bounties of nectar. 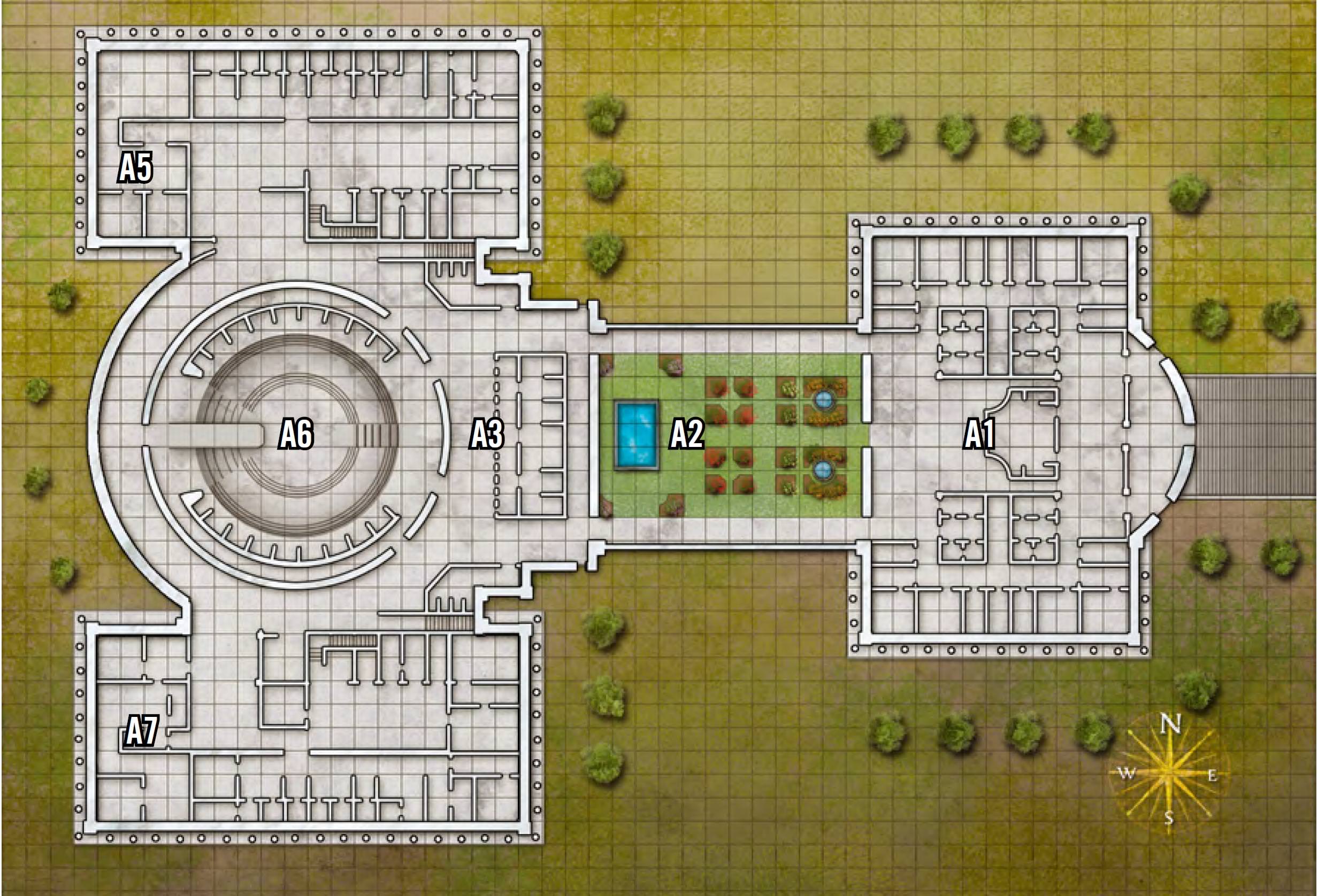 See the update to the VIP thread for the full explanation of the Senate Building Map. I'll be updating it once the party gets in full swing with NPC locations. They're currently mostly all congregated in the Courtyard, along with everyone else.

All the major NPCs are predisposed with sycophants and Senatorial matters, and considering the upcoming deliberations. The PCs cannot Influence them currently. However, you can Area Influence any section you want for 1 Social Round (basically getting a better feel for the layout, shmoozing with the staff, examining artifacts, etc.). You don't have to split up and hit everything for the sake of efficiency. It would be absolutely normal for you to hit up a place as a group, or split up into pairs and whatnot to explore.
Rule Number 12: "A soft answer turneth away wrath. Once wrath is looking the other way, shoot it in the head."
Top
Post Reply
235 posts